If we are loyal to Christ our King, then we are in the position of the Hebrews when they reverenced and served the Lord “And the people said unto Joshua, The LORD our God will we serve, and his voice will we obey.” (Jos.24:24)

If we are traitors to him whom we call Master and Lord, then we stand in the sane condemnation as rebellious Korah and his group “And the earth opened her mouth, and swallowed them up together with Korah, when that company died, what time the fire devoured two hundred and fifty men: and they became a sign.” (Num.26:10)

Temptation is permitted by the Lord and none of us need to expect to escape it. Christ was tempted “For we have not an high priest which cannot be touched with the feeling of our infirmities; but was in all points tempted like as we are, yet without sin. (Heb.4:15)

There are ways in which we may be in danger of tempting Christ.

There are those who hear of the gospel, who tempt the Lord by neglecting his gospel as unimportant and unnecessary “How shall we escape, if we neglect so great salvation; which at the first began to be spoken by the Lord, and was confirmed unto us by them that heard him;” (Heb.2:3)

There are people who submit that adherence and devotion to Jesus Christ is not needed, yet his authority require our obedience “Casting down imaginations, and every high thing that exalteth itself against the knowledge of God, and bringing into captivity every thought to the obedience of Christ;” II.Cor.10:15)

Some Christians tempt the Lord by their longing for the sins from which Jesus came and died to deliver them from “Remember Lot’s wife.” (Lk.17:34)

Some by their ingratitude, murmuring, and rebelliousness “Neither murmur ye, as some of them also murmured, and were destroyed of the destroyer.” (v.10)

There are reasons to be found in Christ himself why we should not tempt him.

We are bound to honour and obey Jesus as the Son of God “While he yet spake, behold, a bright cloud overshadowed them: and behold a voice out of the cloud, which said, This is my beloved Son, in whom I am well pleased; hear ye him.”(Mt.17:5)

We are bound to acknowledge his claims with gratitude, love and service. The apostle ask the question in (Ac.9:6 ) “what wilt thou have me to do?”

There are people who may be affected by the display of Christ’s patience and long-suffering “The Lord is not slack concerning his promise, as some men count slackness; but is longsuffering to us-ward, not willing that any should perish, but that all should come to repentance.” (II.Pt.3:9)

There are reasons relating to ourselves why we should not tempt the Lord.

ontinuance in unbelief and rebellion will certainly harden the heart, and unfit and alter our service in the Lord “Wherefore (as the Holy Ghost saith, To day if ye will hear his voice, Harden not your hearts, as in the provocation, in the day of temptation in the wilderness: When your fathers tempted me,” (Heb.3:7,9)

The blessed and sacred opportunity which life affords for grateful consecration and obedience will pass many people by. “And the LORD said, My spirit shall not always strive with man,” (Gen.6:3)

An example of this kind of disapprove will tend to encourage others to persist in sin and iniquity “But if thy brother be grieved with thy meat, now walkest thou not charitably. Destroy not him with thy meat, for whom Christ died.” (Ro.14:15)

It must not be forgotten that, although Christ is a Saviour, he is also our judge “And I saw a great white throne, and him that sat on it, from whose face the earth and the heaven fled away; and there was found no place for them. And I saw the dead, small and great, stand before God; and the books were opened: and another book was opened, which is the book of life: and the dead were judged out of those things which were written in the books, according to their works” (Rev.20:11,12)

His forbearance will not last for ever. Where he cannot acquit, he must and will condemn “And the sea gave up the dead which were in it; and death and hell delivered up the dead which were in them: and they were judged every man according to their works. And death and hell were cast into the lake of fire. This is the second death. And whosoever was not found written in the book of life was cast into the lake of fire.” (Rev.20:14,14)

People may tempt Christ too long and go to for.

Sentence may be deferred, but it will be pronounced and it will be executed “Because sentence against an evil work is not executed speedily, therefore the heart of the sons of men is fully set in them to do evil.” (Ecc.8:11)

Now is the time of our probation. How well will we endure when he puts us to the test “Now if any man build upon this foundation gold, silver, precious stones, wood, hay, stubble; Every man’s work shall be made manifest: for the day shall declare it, because it shall be revealed by fire; and the fire shall try every man’s work of what sort it is.” (I.Cor.3:12,13) 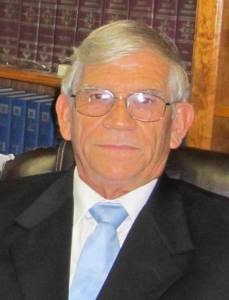